﻿ ﻿﻿
﻿﻿﻿
Originally known as Remsen's Landing (after Jeromus Remsen a Revolutionary War officer)  Ramblersville was the name adopted for the area after a New York Herald article related the story of a stranger's visit in the 1890's in which he exclaimed, "This is the greatest place for a ramble that I ever struck!" The name seemed appropriate for the sleepy fishing village on stilts. 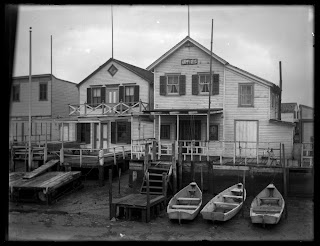 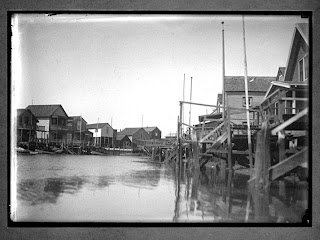 Although fishing shacks had been here since colonial times, Hawtree Creek and the shores of Jamaica Bay were becoming popular in the late 19th century for fishing, clamming, boating, swimming and for relief from the summer heat in the city. By the turn of the century the areas had also become known as "Little Venice". What began as a weekend and summer bungalow colony slowly evolved into the community of Ramblersville.
[Ironically, the Health Department banned swimming and shell fishing in Jamaica Bay in 1916 because of pollution being spewed into the bay by local factories.]

﻿ ﻿
The New York, Woodhaven and Rockaway Railroad (later the Long Island Railroad ) added a stop at Ramblersville. There was no station, the train simply stopped and the passengers disembarked. If the tide was high they stepped from the train into a foot of sea water. A short walk led them to the main boardwalk called Broadway where they could connect to any area in town. 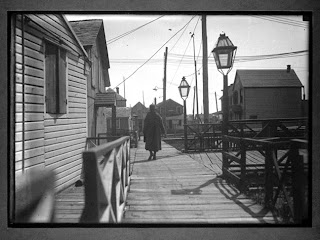 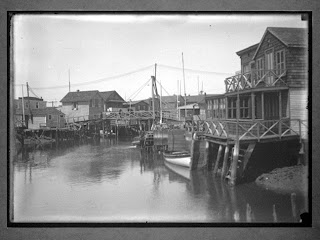 There's still only one street leading in and out of Ramblersville, and a few paved roads that dead end at the canals. 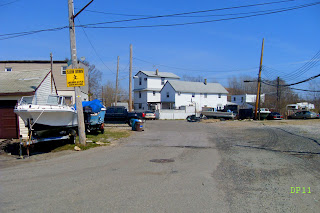 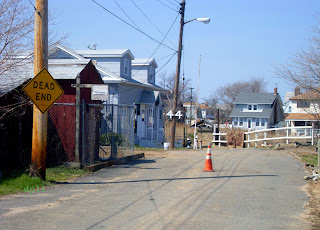 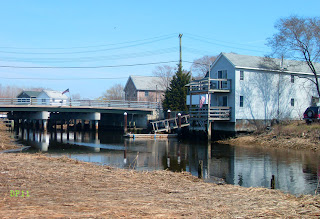 Almost everyone who lived along the creek and the canals had a boat.... 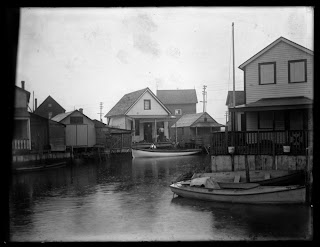 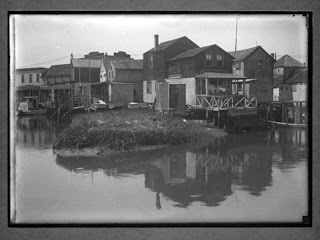 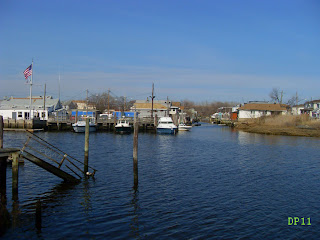 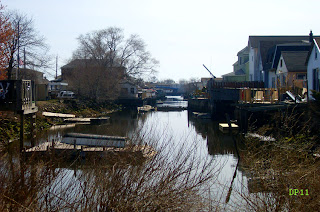 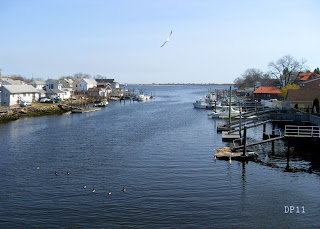 Although the roads are paved, electricity and sewers installed, remembrances of things past are still treasured here. 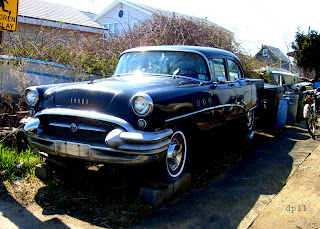 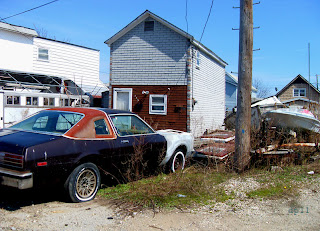