A View From Under the Bridge: Staten Island (part 1)

A panoramic view of the Lower Bay and Verrazano Narrows from the Alice Austen House Museum. 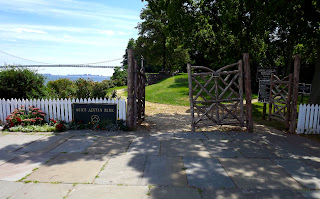 The original Dutch farmhouse on this site dates back to the 1690's. The property was bought in 1844 by Alice Austen's grandfather who expanded the house and named it "Clear Comfort". Alice was born nearby in 1866, after her father abandoned them she and her mother moved into her grandparents' home. She continued to live in the house until 1945 when financial problems and illness forced her to move. In her absence the house fell into disrepair, but was saved from demolition in the 1960's. It was dedicated as a National Historic Landmark in 1976 and was restored in the mid 1980's. 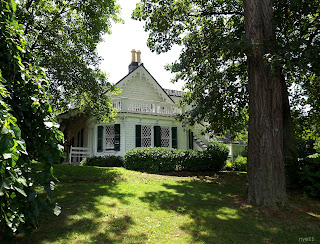 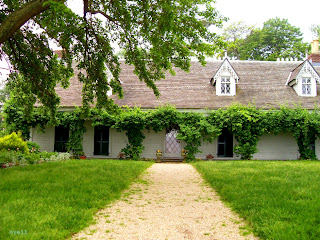 
Austen was one of America’s earliest and most prolific female photographers. Starting at age 10, she learned how to use a dry-plate camera brought from abroad by her uncle. Her first subjects were the people and places closest to her -- her family and friends, her house and garden -- she also made many early self-portraits using a long cable release to trip the shutter. 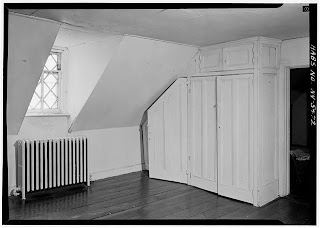 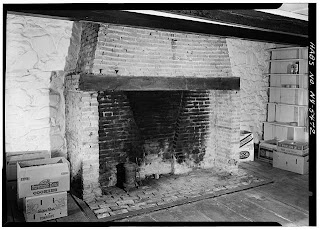 Carrying up to 50 pounds of cameras and equipment throughout her travels, Austen created some 8,000 images, more than 3,000 of these images survive today.

Samples of Austen's NYC photos from the 1890's

Though she is best known for her photography work, she was also a landscape designer, master tennis player, bicycle enthusiast, and the first woman on Staten Island to own a car. She never married, but spent over fifty years with Gertrude (Trude) Tate. Living the "larky life" as she called it; she broke away from her Victorian environment and created her own independent existence. 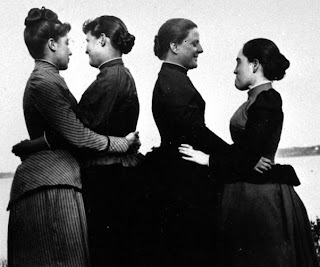 Alice and Trude on the left and below in a Life Magazine feature from 1951 after Austen and her photographs were saved from obscurity. 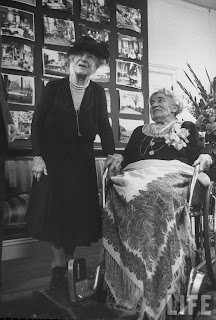 
and shout out to The S.I. Historical Society for saving this photographic legacy