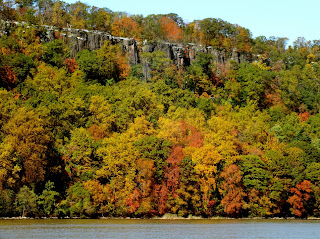 A cruise from the Rockaway Inlet through NY Bay and up the Hudson River a day after a freakish (or maybe the new normal) snowstorm hit the area and left millions of people without power, the sun was shining, the sky was blue and the Fall foliage was in full bloom.
First, the Brooklyn oceanfront...... 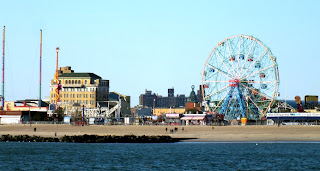 Coney Island is undergoing a transformation; for over 100 years it has been an amusement park and beach for the working class masses, now it's losing the honky-tonk charm for a bland theme-park renovation.
The old, and landmark, Wonder Wheel and Parachute Jump bookend the new attractions. 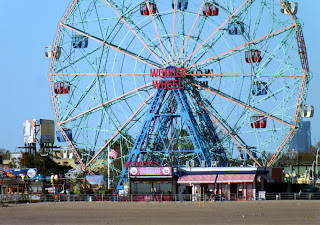 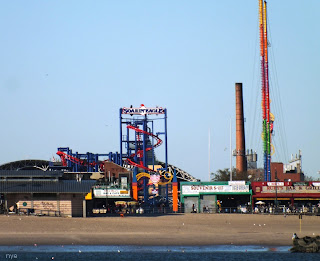 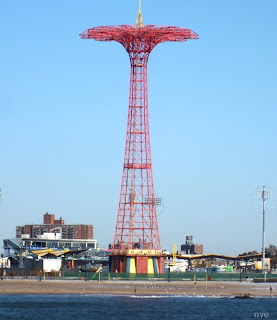 Under the Verrazano Narrows Bridge, passing Liberty and Ellis Islands, Governors Island and the Manhattan skyline comes into view..... 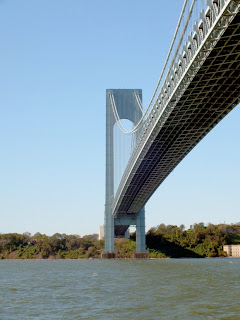 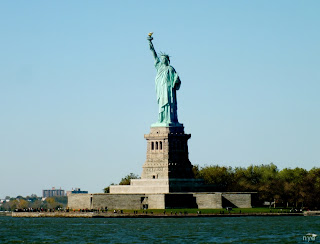 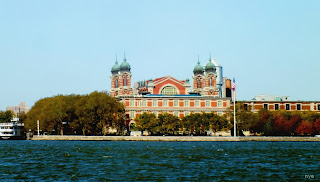 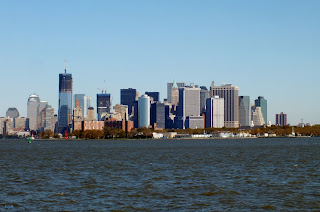 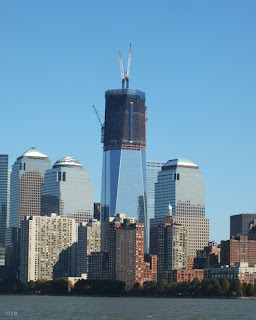 Around the tip of Manhattan and up the Hudson....
a fireboat puts on a display in front of Battery Park City 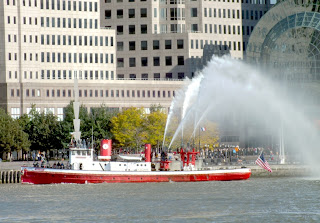 midtown and the west side piers 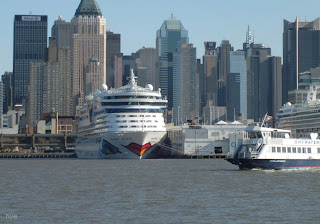 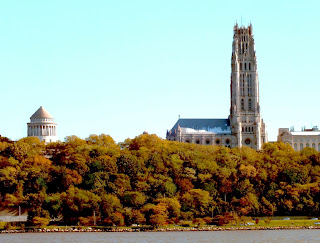 pretty sailboats on both sides 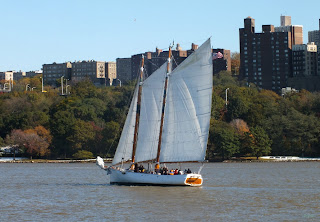 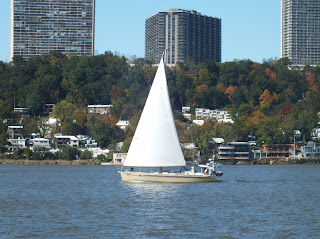 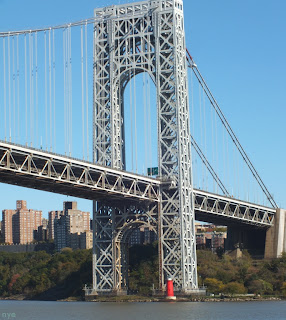 The Cloisters at the northern end of Manhattan 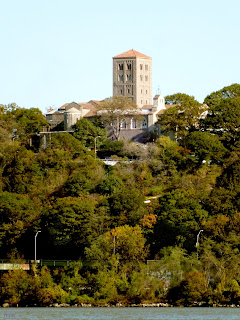 on the New Jersey side to the west, the Palisades Interstate Park the cliffs rise higher as you head north 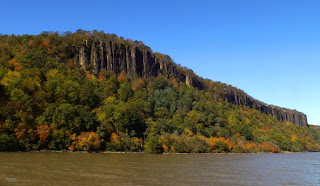 nearing the Tappen Zee Bridge and the end of the park 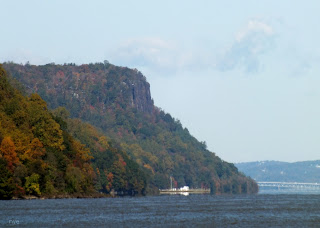 and of course, a bit of history:  The Palisades appear on one of the first European maps of the New World in 1541, based on the description of the explorer Giovanni de Verrazano. Before the creation of the park, all of the Palisades had been in private hands, the lower portion consisting mostly of riverfront villages and the upper section of large estates. 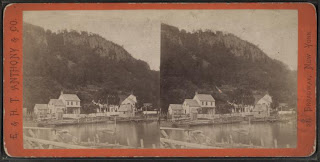 In the 19th century the cliffs were also widely quarried for railroad ballast, leading to the efforts to preserve them. 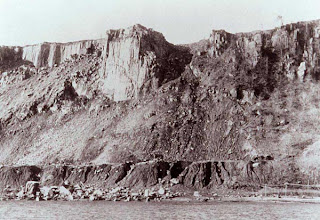 Due to the work of the New Jersey Federation of Women's Clubs, the Palisades Park Commission was founded in 1900, which was authorized to acquire land for a 13-mile stretch between Fort Lee, NJ and Piermont, NY.  Mary Averell Harriman, widow of the Union Pacific Railroad president, offered the state another 10,000 acres and one million dollars toward the creation of a state park. George W. Perkins, head of the commission, raised another $1.5 million from a dozen wealthy contributors including John D. Rockefeller and J. Pierpont Morgan. Rockefeller also bought up and donated land to the park to ensure no development would spoil the view from the Cloisters. 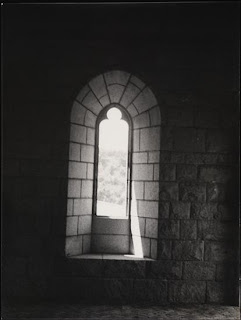 Only a handful of historic houses remain in the park, including the c.1760 Kearney House which is now a museum. The house is believed to have been used by British General Cornwallis during the Revolutionary War. 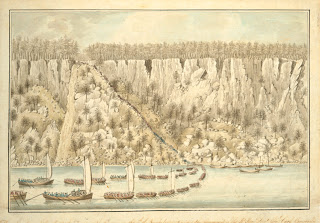 1776 depiction of Cornwallis' troops
The Kearney's moved into the house in the early 1800's and expanded it to include a tavern, the park commission bought it and used it as a park police station in the early 20th century. 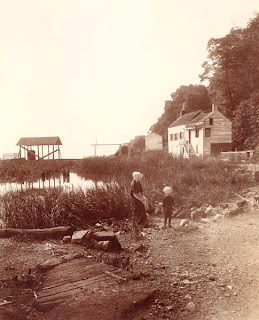 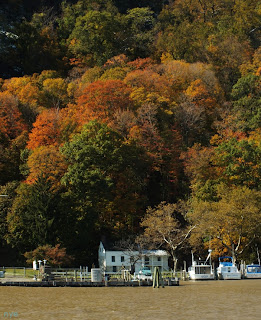 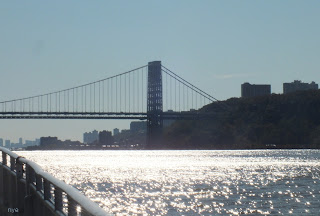