The Lost Colonies of Staten Island pt1; The Farm Colony

The Richmond County Poor Farm was established in 1829 as a place where the indigent could receive room and board in exchange for work. When Staten Island became a borough of New York City in 1898, the city assumed responsibility for the property and renamed it the New York City Farm Colony, the residents planted and harvested crops and raised livestock.  By the 1900s, there were 824 residents supervised by 150 employees and 63 acres of the 104 acre site were under cultivation. The food they produced exceeded their needs and the excess was sold to other institutions.

The first building went up in the 1830's, by the turn of the century there were seven dormitories and staff buildings in a campus-like setting within the site. 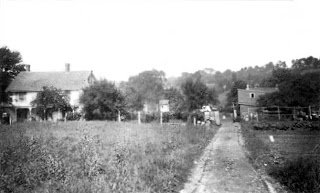 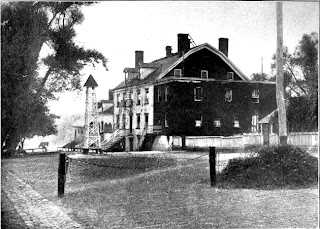 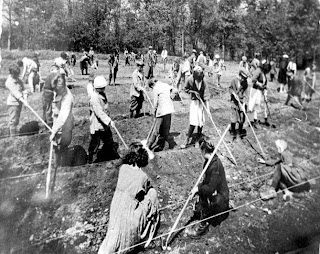 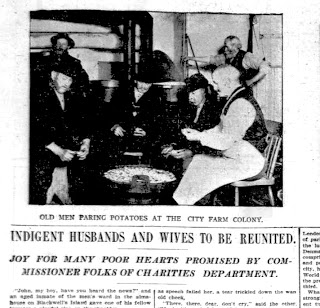 Things began to change in 1924 when jurisdiction over the site was transferred to the city's Homes for Dependents agency which lifted the requirement that all residents of the colony had to work. By 1936 more buildings were added as the Farm Colony’s population grew to 1,428, most of them elderly or disabled.

With the advent of Social Security and the programs of the Great Society implemented in the 1960s the Farm Colony was no longer needed to care for the indigent. Slowly, those still remaining were transferred to other facilities, including Sea View Hospital just across the road. The facility was finally closed in 1975. 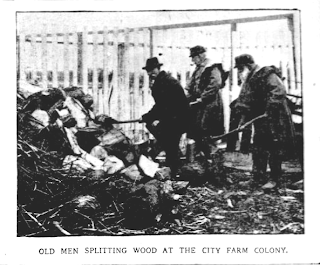 A number of famous as well as infamous people lived or worked at the Farm Colony including Dorothy Day and Peter Maurin co-founders of the Catholic Worker (citation? see comments),  Alice Austen who lived there briefly in the 1950's before her photographs were "rediscovered" and Willie Sutton, the famous bank robber, who hid out there for a few years by working as a porter in the 1940s.

Since its closure the site has been the focus of debate over land use. In 1980 the city attempted to sell the property to developers, but environmentalists and local residents resisted the sale. The City transferred 25 acres to the Parks Department which annexed the section to the Greenbelt -- the remaining acres, along with the Sea View complex, were officially designated a city landmark in 1985. None of the plans for the site have come to fruition and it has been left abandoned. 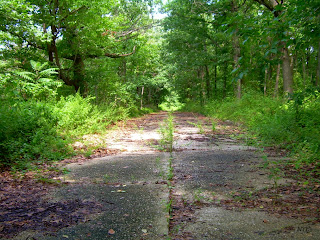 one of the roads 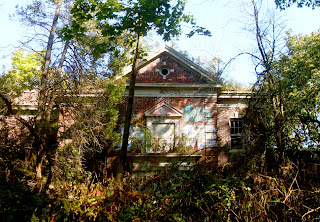 one of the dormitories 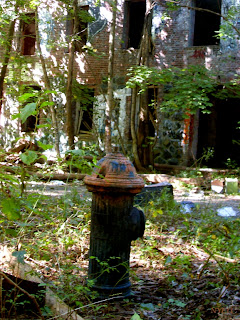 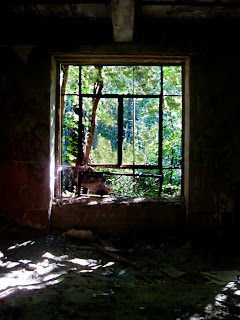 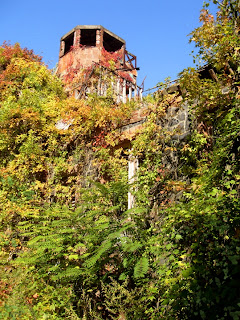 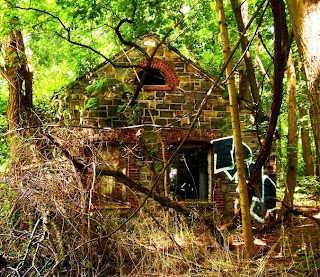 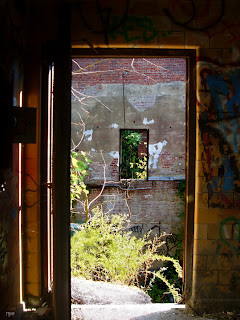 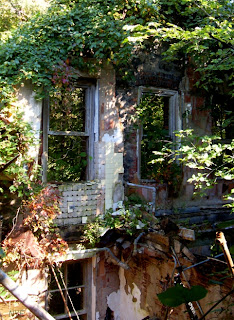 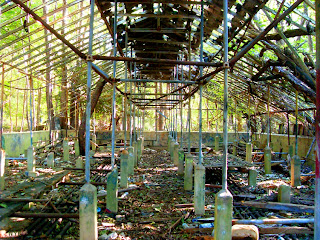 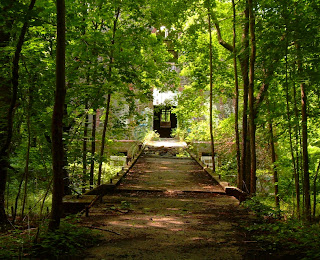 the kitchen and dining hall 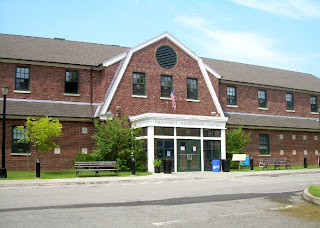 the Parks Dept. Greenbelt Recreation Center, the only restored building